What is augmented reality and how can you use it?

Whether you are into catching Pokémons, putting Snapchat filters on your face, or seeing how a piece of IKEA furniture will fit in your home, augmented reality is here to stay. AR is a growing technology trend, but what if I, and how can you use it? Here is a brief history of augmented reality and how it can enhance remote support.

What is augmented reality?

Augmented reality (AR) is a technology that lets you see the real-life environment with a digital augmentation overlay of images, sounds, or text, that reinforces your reality. This is not to be confused with virtual reality (VR), where you “enter” a new reality, for instance, an underwater or space reality, by wearing ​​a VR headset.

One of the most outstanding examples of AR technology is the popular mobile app Pokémon Go, which allows players to locate and capture Pokémon characters that appear in the real world. In addition to entertainment, augmented reality is also used in other areas, such as marketing, fashion, tourism, and retail. 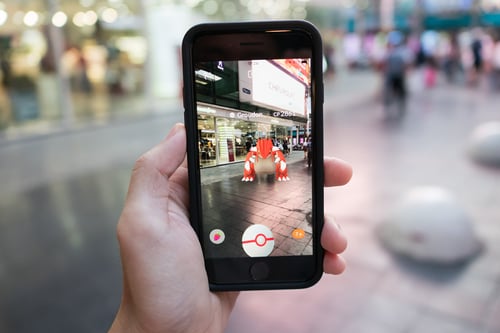 Overall, the use of AR is growing as mobile devices that are powerful enough to handle AR software become more accessible worldwide. However, AR is not a new invention. The first AR technology was developed in 1968 when Harvard computer scientist Ivan Sutherland created an AR head-mounted display system.

Following Sutherland's footsteps, lab universities, companies, and national agencies developed AR for wearables and digital displays. But it was in 2008 that German agencies in Munich created the first commercial AR application. They designed a printed magazine ad for a BMW Mini car. When held in front of a computer’s camera, the user could control the vehicle on the screen by manipulating the magazine ad.

Since then, one of the most successful uses of AR for commercial purposes has been the ability to try on products, such as clothes, jewelry, and even make-up, without having to leave your house. In addition, many tourism apps use AR technology to bring the past to life at historical sites. For example, at Pompeii in Italy, AR can project views of ancient civilizations over today’s ruins. Other examples include neurosurgeons using an AR projection of a 3D brain to aid them in surgeries and airport ground crews wearing AR glasses to see information about cargo containers. The potential of augmented reality is endless.

At XMReality, we have embraced augmented reality from the beginning. Founded in 2007 by Swedish Defense Research Agency researchers, our first project was to help bomb disposal experts defuse landmines in the field. We performed advanced contract research in AR for the Swedish Defense Materiel Administration and BAE Systems for six years.

Though we continue to work and innovate in the defense sector, we expanded to help other industries with our remote support solution XMReality. In remote support calls, you can use the AR feature Hands Overlay to guide your counterpart by overlaying your hand gestures on top of real-time video. 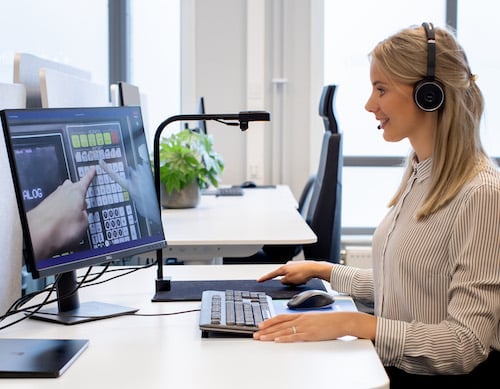 This is especially useful when you show someone how to turn a screw, explain what cord goes where, or provide other instructions where technical support is needed. And it comes in handy when you need both hands to give instructions or guide someone through complex tasks.

The user-friendly software and AR technology enable you to improve operational efficiency and quality for processes like audits, maintenance, service, repair, training, and support at production sites, packaging, energy grids, or properties. Read more about how Augmented Reality can create value in the industry.

What is Industry 4.0 and what technologies are driving it?

Since the end of the 18th century, we've experienced...

HoloLens 2: the future of remote support